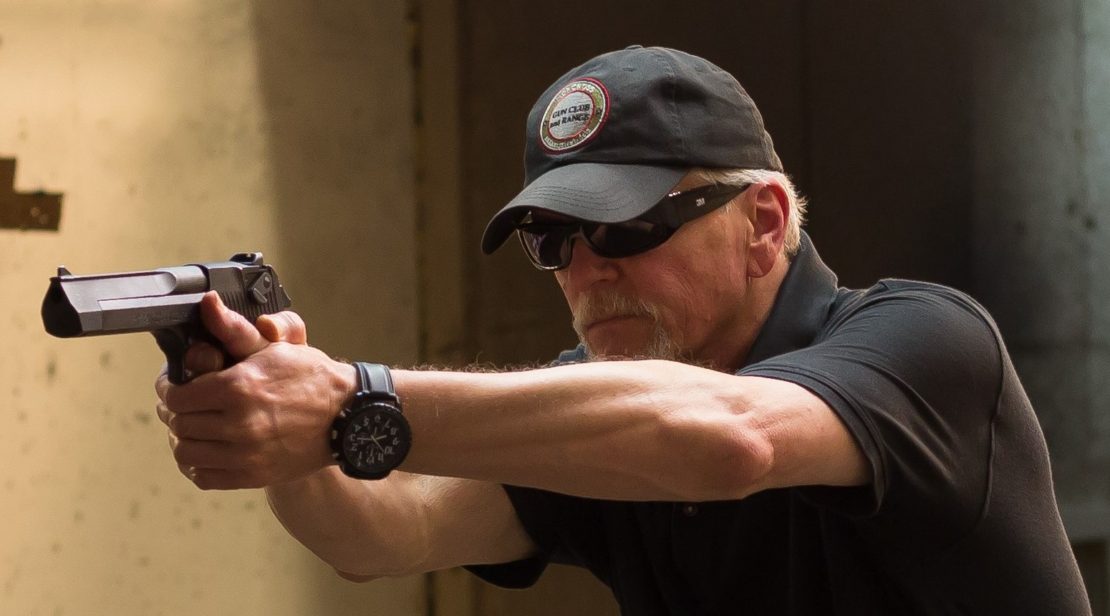 As one of our Instructors, Cheyenne Sweatman, began his weapons training at a very early age participating on a .22 caliber competitive rifle team. He continued this endeavor and participated in several associated activities throughout his early life.

Enrolling in and graduating from a military academy, Cheyenne became qualified on several military weapons platforms, though he preferred Springfield’s 1903 bolt action and the M1 Garand rifles. The ’03 rifle led Cheyenne to participate as a member of a prestigious rifle drill team and ended that portion of his life as that drill team’s Commander.

From there; Cheyenne enlisted into the United States Air force, serving approximately 10 years on active duty with many duties and responsibilities, both  here and abroad. One of his most enjoyable off-duty responsibilities was to serve as Range Officer and Range Master for the Base Shooting ranges.

Cheyenne worked with local law enforcement and the DEA during his time in the military and; once completing his obligation with the military, led to his return to Georgia and serve as a police officer here in the state Georgia.